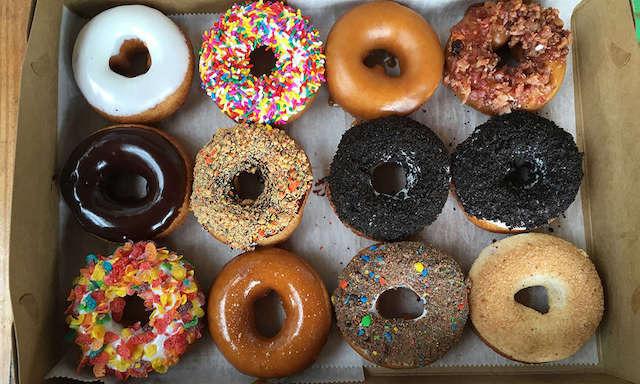 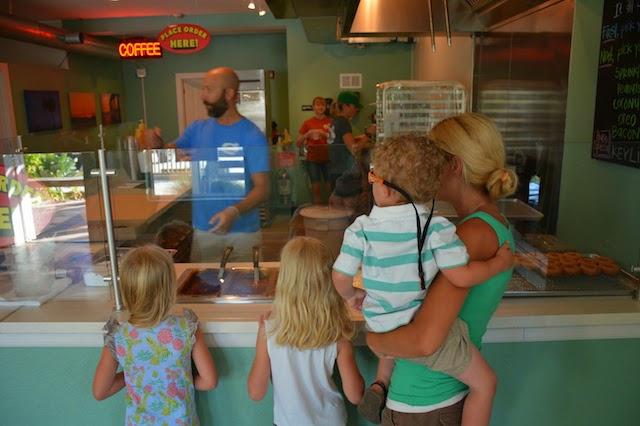 Donut Experiment began life in 2012 as Anna Maria Donuts in Anna Maria, FL. The original mad scientists are the husband-and-wife team of Shawn and Cecilia Wampole. Hailing from the Philadelphia area of Pennsylvania, the couple was surprised to find that there was not a donut shop on Anna Maria Island when they vacationed there. What originally started out as a joke about opening a donut shop, eventually led to, after some number crunching and careful planning, the couple quitting their jobs, selling their house and moving to Florida.

Located at 210 Pine AVE and Anna Maria Island’s only donut shop. The Donut Experiment features made-to-order donuts. You may ask, what exactly is a made-to-order donut? Well, starting out with a vanilla cake donut, that is made right in front of you, and then you pick your icing and topping. Offering a minimum of four icings and 14 toppings to choose from, so the possibilities are endless. Served fresh roasted, fresh ground and fresh brewed coffee. With a constant rotation of coffee flavors, you never know what we are brewing up.

The Donut Experiment typically sells between 800 and 1,500 doughnuts in a single day, with most customers ordering at least a dozen at a time.

So popular is the Donut Experiment it is not uncommon to see long line ups out the door for one of the worlds most beloved treats.

Enjoy a scenic ride on the free trolley which stops directly in front of Absolute Anna Maria at trolley stop 34S all the way to the north end of the island to the Donut Experience.

Posted by Terry of //annamariaislandcondorentals.com