YOUR New Year — YOUR Things to Do — Anna Maria Island 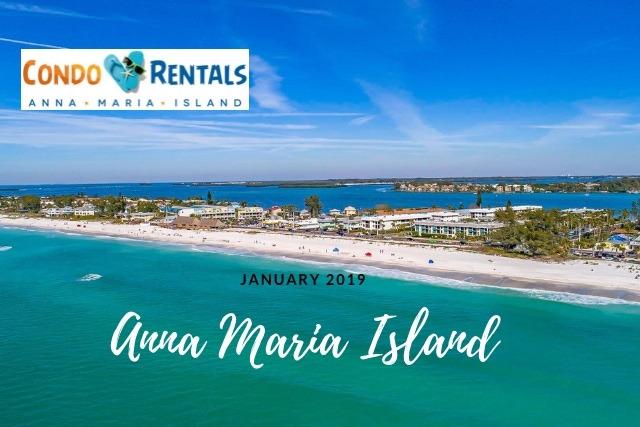 The beginning of a new year is always a reflective time. The New Year brings new energy and is a time resolutions are made. The best New Year’s resolution our family ever made, and I must add, the one we actually kept, was to take more vacations to Anna Maria Island.
If you are vacationing with us in Anna Maria Island now, or have already booked your next vacation with us, I would say you have started your New Year right!
Whether you are a returning guest of Anna Maria Island Condo Rentals or coming for the first time, the island offers an abundance of activities. You can design your vacation to be as busy or as leisurely as you want it to be.
Here are a few fun events for you to consider during your January visit — 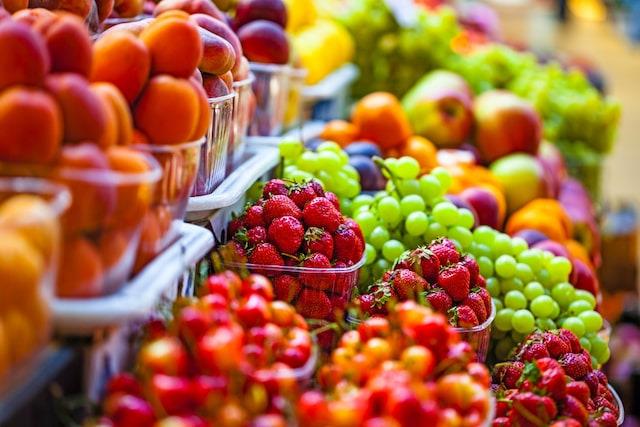 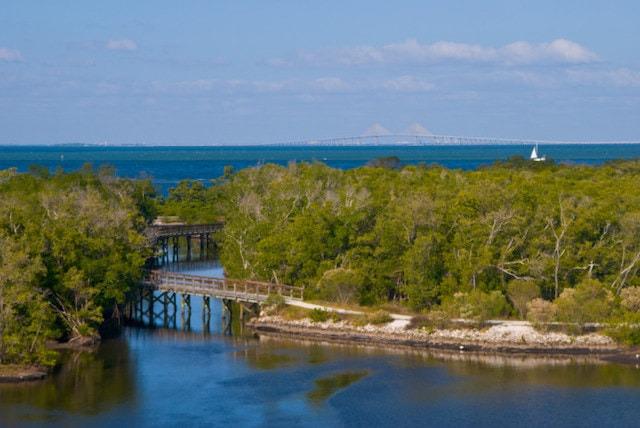 Healthy Walking Tours
Start your New Year with a happy, healthy walking tour. Put on your walking shoes and dress for the weather to discover some of the best nature spots Anna Maria Island and the surrounding area has to offer.
Sign up for any of these short walking tours with Coastal Climate Walks. On these weekly Friday morning tours you will have lots of time to interpret nature and cultural history. All tours are guided by Professional Master Naturalists and/or NAI Certified Interpretive Guides.
All walks are Friday’s 9:30-Noon/1:00 pm at Coastal Parks
Locations and Event Dates:
Cost: $25/person 4-pack $80 Series $150 Attend all 7 tours – get one FREE!
To Register or for additional information contact:
Around the Bend Nature Tours — aroundbend.com — 941-794-8773 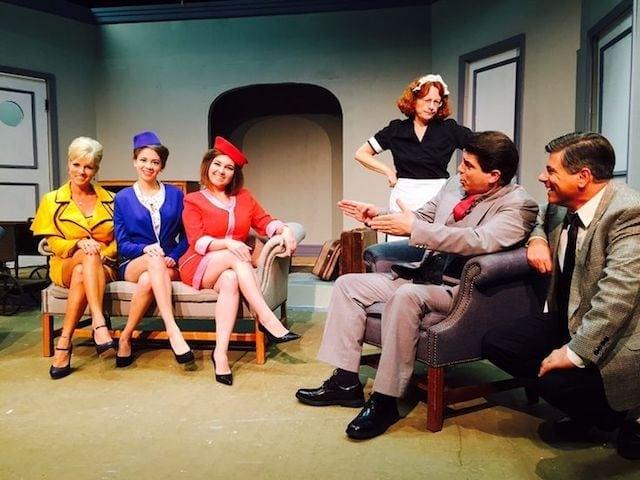 Theatre Production at Island Players
Celebrating their 70th season the Island Players Community Theatre is Manatee County’s oldest Community Theater. Located at the north end of Anna Maria Island this theatre continues to provide artistic experiences for the communities while utilizing young and local talent.
From January 10 – January 27, 2019 the theatre is showcasing their version of I HATE HAMLET. I Hate Hamlet is a dramatic comedy written in 1991 by Paul Rudnick set in John Barrymore’s old apartment in New York City. The play follows successful television actor Andrew Rally as he struggles with taking on the role of Hamlet and dealing with a girlfriend who wants him to play Hamlet in Central Park. This is the only stage role his agent, Lillian, has found for him, but Andrew hates Hamlet! The ghost of John Barrymore, who, clothed as Hamlet, has come back to earth for the sole purpose of convincing Rally to play the part. Barrymore is very convincing and Andrew decides to play Hamlet. But when a Hollywood friend shows up offering Andrew a new role in a television pilot, with a potentially large salary and fame, Andrew is forced to choose between Shakespeare, whom his girlfriend loves, or television, where he is loved by millions. Will he stay or not stay? Come find out. You are sure to enjoy this entertaining production of I Hate Hamlet, in this quaint, historic theatre in Anna Maria Island.
Performances are Tuesday through Saturday evenings at 8:00 pm with Sunday matinees at 2:00 pm. Single tickets are $20.00 each. Tickets can be purchased in person at the Box Office located at 10009 Gulf Drive (corner of Gulf Drive and Pine Avenue), Anna Maria. The theatre can be reached at 941-778-5755 for ticket reservations or on their website islandplayers.org
The Outlaws LIVE Concert
At The Center of Anna Maria Island, 407 Magnolia Ave., Anna Maria, Florida
Saturday, January 19th / Doors open 6:00 PM / Opening Act 7:00 PM
Showtime 8:00 PM / Reserve seats are $50.
This is a concert you don’t want to miss. Do you remember this southern rock band formed in Tampa in 1972? You might remember the Outlaws 1975 best known hit “There Goes Another Love Song.” Come and see their show, hear their new songs when the Bradenton Area Convention and Visitors Bureau (BACVB) brings the Outlaws to Anna Maria Island. As part of a series of concerts planned in 2019 the BACVB hopes to bolster tourism and boost the local economy with each venue receiving 100 percent of ticket and food sales from the concerts. Rich Engler, the first inductee in the Pittsburgh Rock and Roll Hall of Fame, will be producing the concerts at the same time he celebrates his 50th year as a concert producer in 2019.
This particular performance will prove to be a balancing act for the production crew. The Anna Maria community center holding the concert, is in a neighborhood where this type of entertainment is not characteristic. Some residents might love the music while others might find the “noise” bothersome. But, those involved in bringing this concert to the community have stated that they will do everything to make this unique experience a good one for all. They want to give the residents and visitors the feeling of intimacy by giving them an opportunity get up close and personal with the artists.
For the Outlaws, this is their chance to bring their band back into the light, to show how much they love making music.
Over the years, The Outlaws experienced several hardships. They went through personnel changes, ill-fated reunions, bitter trademark battles, the tragic deaths of co-founding members Frank O’Keefe and Billy Jones in 1995, and songwriter/vocalist/lead guitarist Hughie Thomasson in 2007. Many people feared that The Outlaws’ trail had come to an end. Not so, after 40 years, The Outlaws are back. They are on the road, on the radio and their fans are loving it.
I have seen the Outlaws perform a few times before and they never disappoint – actually they seem to get even better with age. If you get the opportunity to see this band, you should – they are a true Southern Rock legend.
To purchase tickets visit — manateeperformingartscenter.com 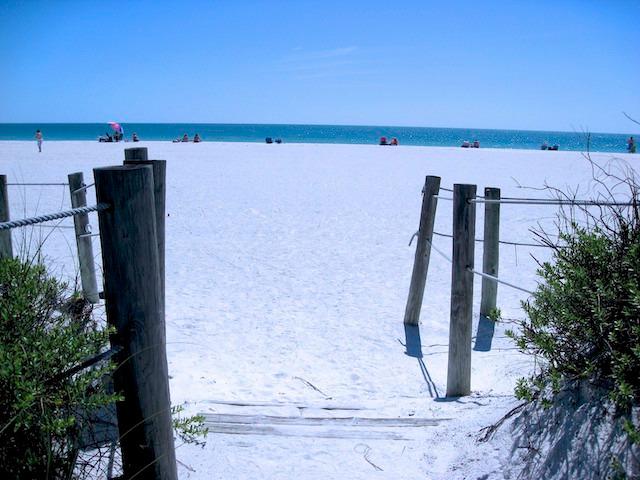 n between any of these fun events be sure to —

May Your New Year bring you to Anna Maria Island, where there is always something to fill your time.
For the latest up to date news, things to do, special offers, travel tips and more continue to follow our blog @ Anna Maria Island Condo Rentals/Blog

Note: Anna Maria Island Condo Rentals offers the above company names and affiliated links as suggestions only. We are not receiving commissions from the above and are listing only to assist our guests. We recommend services that we or close friends and family have experienced.
The content of this blog is not to be copied, adapted or shared without the written consent of Anna Maria Island Condo Rentals.